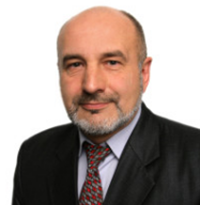 Researcher of the Department of Theory and History of Political Science, Candidate of Philosophical Sciences.

Candidate of Philosophical Sciences since 1993.

Has more than 12 years of experience in scientific and pedagogical work in higher education institutions of the 4th level of accreditation.

Has been working at Kuras Institute of Political and Ethnic Studies of the National Academy of Sciences of Ukraine since January 2013 as a researcher at the Department of Theory and History of Political Science.

Awarded with the Silver Diploma of the 2nd International Scientific and Practical Conference “Modern Trends in the Development of Scientific Thought» (International Academy of Sciences and Higher Education, London, 2011).