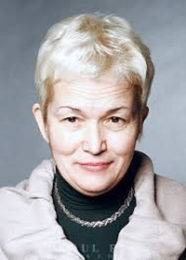 In 2002–2003, she was awarded the title of Professor of the Department of Philosophy and Social Sciences and Senior Researcher, majoring in “Political Institutions and Processes”.

During 1985-2002 she worked at O. Gorky State Pedagogical Institute of Kyiv., the Institute of Party History (under the Central Committee of the Communist Party of Ukraine), Kyiv National University of Trade and Economics, going from laboratory assistant, research assistant, head of office to senior lecturer, associate professor and, finally, professor.

He is an expert on modern political processes in Ukraine and the Ukrainian intellectual history of the XIX – XXI centuries; one of the founders, in the structure of domestic political science, of such subdisciplines as partology and political regionalism, and, accordingly, the developer of methodological approaches to the study of political parties, regional political regimes, identities, elites in Ukraine.

One of the initiators, editors and authors of fundamental scientific projects – a six-volume “Political History of Ukraine” (2002-2003), the publication “Political Encyclopedia” (2011), “Political Science in Ukraine” (2016); one of the authors of a number of national reports of the NAS of Ukraine, in particular: “National sovereignty of Ukraine in the context of globalization” (2011), “Civilizational choice of Ukraine: a paradigm of understanding and strategy of action” (2016); leader and participant of a number of targeted research projects of the National Academy of Sciences of Ukraine: “Donbass in the information security system of the state: regional features, external challenges, tools to combat anti-Ukrainian propaganda” (2015); “Conflicts of identities in Ukraine and ways to regulate them in the context of the policy of civic consolidation of the Ukrainian nation” (2015); “Political process in the Autonomous Republic of Crimea: features, contradictions, miscalculations (1991-2014)” (2016) and others.

He combines work at the Institute with teaching – since 1999 he has been working as a professor at the Department of Political Science of the National University “Kyiv-Mohyla Academy” (teaches the author’s course “Logic and Methodology of Scientific Research”).

In 2002–2006 he was a member of the expert commission of the Higher Attestation Commission of Ukraine (branch – political sciences).

Author and host of programs on Ukrainian radio: “Ukrainian statehood: at the origins of the idea” (November 1998 – January 1999) and a program dedicated to Lesya Ukrainka (2003).

Member of the public organization “Ukrainian Academy of Political Sciences” (since 2004 – Corresponding Member, since 2010 – Academician). Supervisor and consultant of 8 defended doctoral and candidate dissertations.

Author of more than 300 scientific works, including about 20 monographs and brochures, of which 7 are individual.

Research interests: methodology of cognition; political institutions and political regionalism in Ukraine; political history and the history of political thought in Ukraine in the XIX-XXI centuries; geopolitical processes.