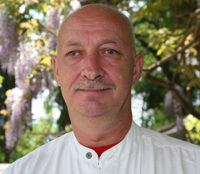 Laureate of the International Academic Rating “Golden Fortune” in 2012. Was awarded medals “20 years of independence Ukraine”, “Labor Glory”, Honorable Presidium of National Academy of Sciences of Ukraine “For professional achievements.”

The author of more than 200 scholarly papers published in Ukraine, the USA, Great Britain, Norway, Canada and other countries.

А member of the editorial boards in “Gilea”, “Agora”,”Elections and politics”,«Salzburg Dialogues», Austria,”Magisterium” NAUKMA, “Bulletin of the National Law Academy of Ukraine (philosophy, philosophy of law, political sciences, sociology), “Bulletin of NTU KPI (political sciences, sociology, law).”,”National security” of the National Academy of Public Administration under the President of Ukraine,

Permanent Delegate of the National Academy of Sciences of Ukraine at the General Assembly of the International Union of Academies of Sciences since 2006.

A member of the NATO Conflict Prevention Working Group

A member of the Working Group of the European Center for National Minorities under the Eastern Partnership Program.