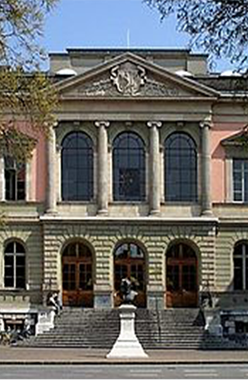 On October 15, Dr. Mykola Riabchuk, Senior Research Fellow at the Institute of Political and Nationalities’ Studies, delivered a lecture on “Minsk and beyond: a Challenge or a Chance?” within the postgraduate course on conflict resolution organized by prof. Micheline Calmy-Rey, a former minister of foreign affairs, vice-president and president of the Swiss Confederation (2006-2011). The speaker presented the Ukrainian position on the so called “Ukraine crisis” which is a de-facto Russo-Ukrainian undeclared war and stressed three major arguments: (1) the “conflict” essentially cannot be solved insofar as the Kremlin regime (and Russians at large) do not consider Ukraine as a separate/distinct nation; (2) there is no way to implement the Minsk protocols (so called “accords”) inasmuch as Moscow and Kyiv interpret them in a radically different way, and the main discord boils down to Ukraine’s sovereignty (that can’t be compromised, on Moscow’s demand, since “partial” or “limited” sovereignty is just hoax); and (3) there are no “party of peace” and “party of war” in Ukraine but only the party of capitulation and the party of resistance.

He eventually took questions from the audience and elucidated them in more detail.