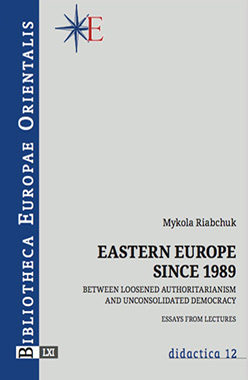 The Center of East European Studies of Warsaw University has published a monograph “Eastern Europe since 1989: Between the Loosened Authoritarianism and Unconsolidated Democracy. Essays on Lectures” by Dr. Mykola Riabchuk, a Senior Research Fellow at the Ethnopolitics Departments of the Institute of Political and Nationalities’ Studies, of the Academy of Sciences of Ukraine. The book explores the structural factors that determined different development of the postcommunist states since 1989 and the role of domestic and international actors that influenced the direction and speed and scope of their transformations. While the author keeps all the East Europe in mind, from the Baltic to Adriatic and the Black Sea, the main focus is on the post-Soviet part of the Eastern Europe, the so-called ‘Western New Independent States’ (a.k.a. ‘New Eastern Europe’), and specifically on Ukraine as the most complicated, ambivalent, and graphical case of both the decommunization and decolonization processes. The process tracing is combined with political analysis of historical developments in the postcommunist Eastern Europe drawn primarily on the theories of hybrid regimes, illiberal democracies, path-dependence and revolutionary breakthroughs. The monograph might be used as both the textbook for graduate students and invitation to further debate for historians, political scientists, experts, policy makers and all the committed East Europe watchers. 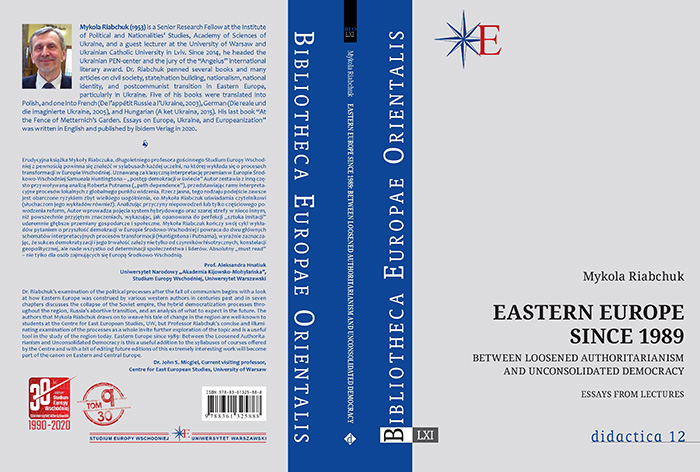