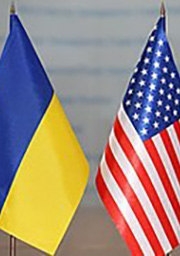 On August 31, 2021, Viktor Yelenskyi, Chief Research Scientist at the Institute’s Ethno-Political Science Department, was received by the Head of the Catholic Archdiocese for the Military Services of the United States Armed Forces, Archbishop of the US Military Services HE Timothy Paul Andrew Broglio.

The Archbishop, who is in charge of the spiritual care for Catholics in the US military (a quarter of all country’s military personnel) in all branches of the US Armed Forces and in all corners of the globe, explained his vision for the fundamentals of the Church’s presence in the US military organization and the challenges that military chaplains face. In turn, Viktor Yelenskyi, who participated actively in the development and implementation of the Ukraine’s Governmental Decree “On Service of a Military Clergy (chaplains service) in the Armed Forces, the National Guard and the State Border Service” highlighted the main elements of the military chaplaincy formation in Ukraine and recount the developments that had been achieved in the field since 2014.

Special attention during the conversation was paid to the Viktor Yelenskyi’s research project currently under the implementation within the framework of the Fulbright Visiting Scholar’s Program at the Catholic University of America, which deals with the experience of the United States and other Western democracies in building an effective and comprehensive strategy to combat the misuse of religion which has to be in the same time in accordance with internationally recognized principles of human rights and freedom of religion and beliefs. 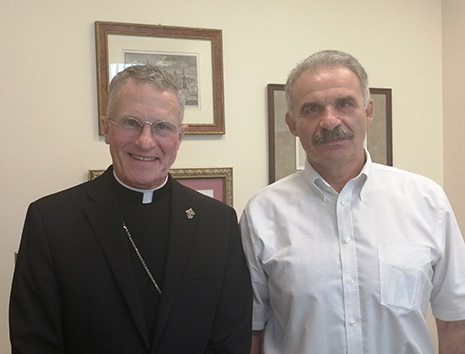 In the photo: Timothy Paul Andrew Brolio and Victor Yelensky