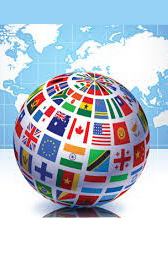 Expressing deep gratitude to international organizations, academies of sciences and foreign research centers, individual scientists for the support of Ukraine, the National Academy of Sciences of Ukraine and its institutions and staff, the Presidium resolution notes that a broad international campaign to support Ukrainian scientists by providing them with employment opportunities by profession in other countries is associated with a certain threat of a new wave of scientific emigration, in particular the strengthening of the departure of talented scientific youth abroad. Therefore, while paying tribute to the collegial solidarity and support of our scientists from foreign scientific circles, while staying deeply grateful to the world scientific community for their support, we consider the expansion of the activity of our scientists abroad as a temporary phenomenon caused by martial law and we hope for a restoration of the normal scientific process.

A number of important decisions were made by the resolution of the Presidium of the National Academy of Sciences of Ukraine. In particular,

– on the revision of approaches to the format of participation of the National Academy of Sciences of Ukraine and its institutions in those international scientific organizations that have not condemned Russian military aggression, or forms of assessment of the situation from which Russian narratives are reproduced.