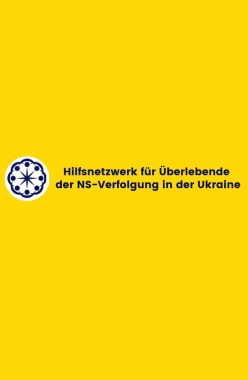 On June 20, 2022, an international online discussion “Aid During the War” was held with the participation of Ukrainian, Polish and German historians and political scientists. Among the participants of the discussion was a leading researcher of our Institute Anatoliy Podolskiy. During the discussion, the problems that arose among scientists, teachers of institutions of higher education and secondary schools of Ukraine during the war and Russian aggression against our country were discussed, possible ways of financial and other aid to Ukrainian researchers and teachers were discussed.

The discussion was held in German and English. The discussion was also attended by Polish scientist Eliza Gaust from the Centrum Dialogu in Łódź, German historian Dr. Christine Glauning from the Leiterin des Dokumentationszentrum NS-Zwangsarbeit, Ukrainian researcher Lyubov Danylenko, who is currently an expert at NS-Zwangsarbeit / Partnerin d. Hilfsnetzwerk für Überlebende der NS-Verfolgung.

The online discussion was organized by the German institution “Nazi Crimes Victims Aid Network”. The online events of this foundation will take place from June 18 to 29, 2022 and are aimed at uniting efforts to help Ukrainian scientists. “Nazi Crimes Victims Aid Network” Hilfsnetzwerk für Überlebende der NS-Verfolgung in der Ukraine is a union of 48 memorials, museums, communities and initiatives in Germany. Since its creation, the members of the network have been the StiftungDenkmal Memorial to the Murdered Jews of Europe – FoundationMemorial.

The network provides assistance to people who survived Nazi persecution and their families. Assistance is also provided to Ukrainian colleagues (historians, political scientists, museum workers, teachers, journalists) who find themselves in a crisis situation due to Russia’s war against Ukraine.

More about the event