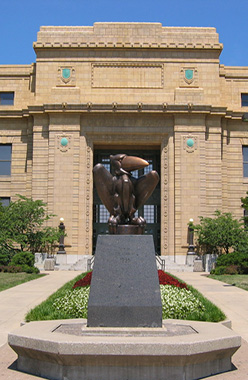 On April 23 and 25, 2019, Dr. Mykola Riabchuk, a Senior Fellow of the Institute of Political and Ethnic Studies of the National Academy of Sciences of Ukraine, discussed the results of the Ukrainian presidential election at the Kansas University, Lawrence, USA, and the George Washington University in the U.S. capital. In his presentations he pointed out a recurrent feature of all Ukrainian elections: virtually all of them reanimated a three-decade long discussion about the identity split in the country and its discernible impact on political preferences of the voters. The 2019 presidential election has largely confirmed this pattern but also brought to the fore a different dividing line – that runs across the traditional one and makes the electoral fields of frontrunners quite often overlapping and mixed. This new line separates manifestly the old, presumably corrupt political class and the new, presumably decent leaders. They come, however, not from civil society but from the virtual space of the popular TV shows. So, it remains to be seen whether these new leaders would associate themselves with civil society and push through the much-needed reforms, or they would merely serve as a cover-up for the competing oligarchic clans. In any case, the 2019 election indicates that the identity-related issues loose their appeal as the primary factor of political mobilization, while the issue of the profound catching-up national modernization becomes increasingly important or even decisive.