On January 31, Dr. Mykola Riabchuk, a Senior Research Fellow of the Ethnopolitics Department, presented his views on current developments in Ukraine at the Institute for Advanced Studies in Paris, under the title “Making sense of the ‘Ukraine crisis’: origins, interpretations, and (possible) consequences”. His pre presentation was discussed by Françoise Thom (Sorbonne University) and Philippe de Lara (Paris 2 Panthéon-Assas University), and moderated by the scientific director of the Institute Dr. Simon Luck.

In his presentation, the speaker argued that the Russo-Ukrainian conflict is essentially irresolvable for two fundamental reasons. First, Russia is stuck in the imperial vision of its history, geography, and identity that leaves Ukraine neither any space in the past nor any legitimacy at present. And, secondly, Moscow is strongly committed to a revisionist policy aimed at carving up Europe for allegedly “legitimate” spheres of influence. 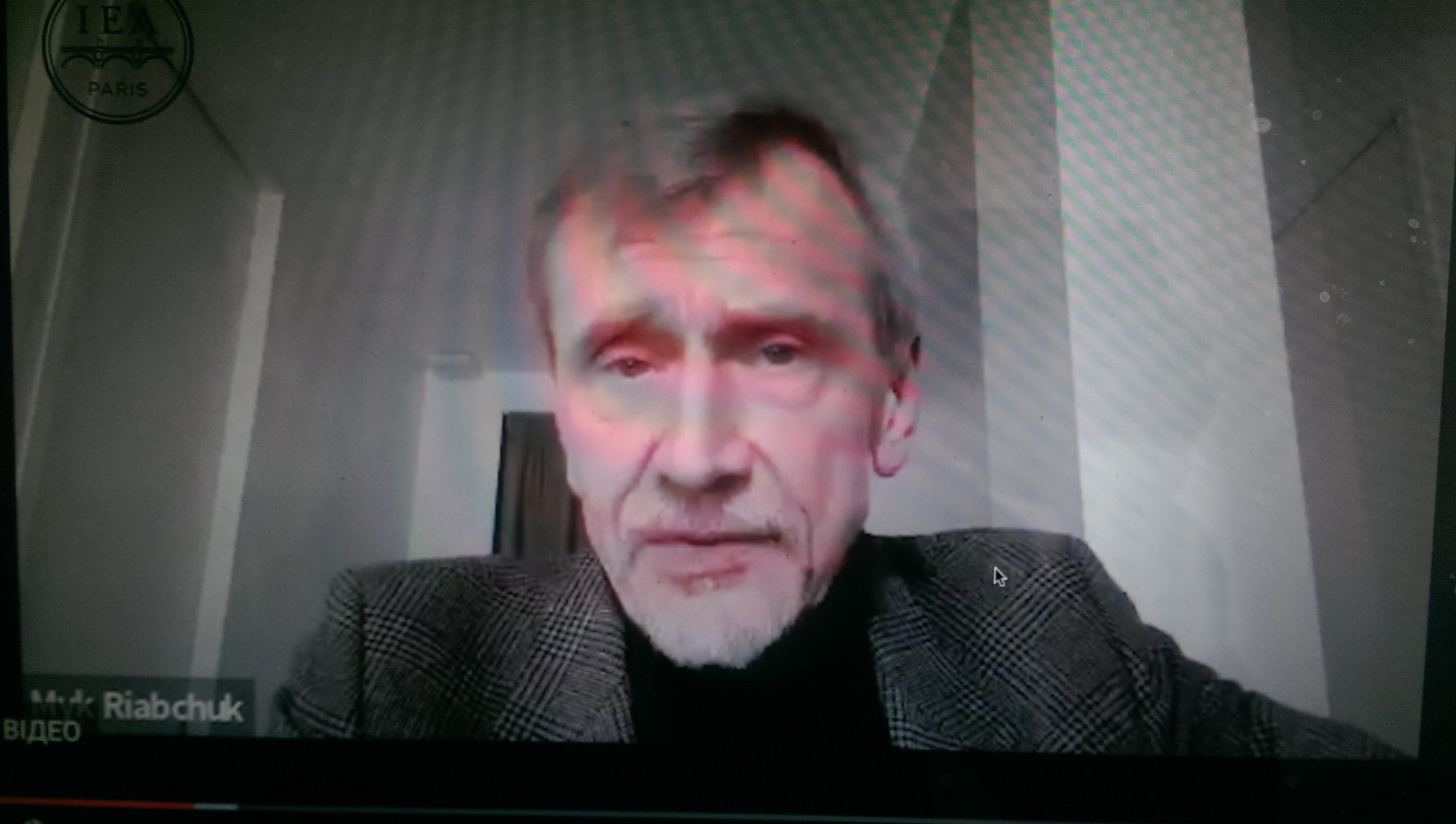 All this is naturally perceived in Ukraine as an existential threat to both its identity and sovereignty, and pushes the country further away from the aggressive, authoritarian, and unpredictable neighbor.
The speaker contended also, that all the protracted, two decades-long, attempts to engage Russia in a meaningful dialogue and cooperation have failed, and that it is the high time for the West to recognize the rogue nature of the Kremlin regime and to focus rather on its containment than engagement. Russian elite, unlike Iranian or North Korean, is deeply integrated into the West at a level of property ownership and leisure practices, and therefore is very vulnerable to the real – coherent and comprehensive – personal sanctions applied with due determination.

The video-record of the conversation