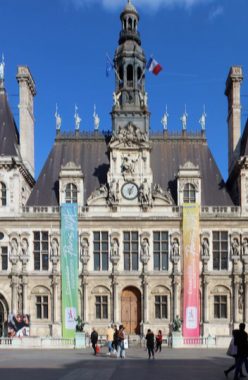 On the 13th of June, Dr. Mykola Riabchuk, a Senior Research Fellow of the Department of Political Culture and Ideology, took part in a panel discussion on the post-war perspectives of „Ukraine and Europe and the world”, organized by the Paris City Hall in cooperation with the French Institute of Advanced Studies. In his presentation, the Ukrainian scholar argued that Ukraine has been always the linchpin of European stability and security, but the persistent failure of Western powers to properly understand and appreciate this role has largely resulted in the exponential growth of Russian authoritarianism and militarism, up to the current tragic events. Nonetheless, both the EU and NATO have finally recognized their political blindness and increasingly engaged in a multilayer support for Ukraine that fights back the all-out military aggression of a rogue state. This newly discovered unity and solidarity of the democratic states provides a good opportunity for consolidation of democracy on the continent and beyond, for strengthening of international institutions, and for transforming Ukraine into a full-fledged member of the Euro-Atlantic community.

Information about the scientific event (in French)