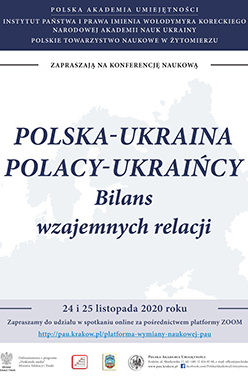 On November 24-25, 2020, the Ukrainian-Polish research conference “Poland-Ukraine, Poles-Ukrainians: Balance of Relations”, organized by the Polish Academy of Arts and Sciences (Krakow) and the the Institute of State and Law. V.M. Koretsky National Academy of Sciences of Ukraine was held. The conference was attended by the Head of Department of Theoretical and Applied Problems of Political Science of the Institute Halyna Zelenko. In her report, “the Polish-Ukrainian Strategic Partnership VS Polish-Ukrainian Nationalist Ping-Pong: Who’s Who?” the speaker analyzed the state of current Ukrainian-Polish relations against the background of conflicts that arise between Poland and Ukraine over different interpretations of the common history – the glorification of the OUN-UPA, Volyn tragedy, and so on. The author conducted a retrospective analysis of the development of Polish-Ukrainian relations after the collapse of the socialist camp and described the level of institutional support for bilateral cooperation, the basis of Ukrainian and Polish nationalism and the reasons for the radicalization of the political scene in the two countries. G. Zelenko warns against the deepening of the conflict over different interpretations of history, which in political conflictology is interpreted as a conflict of identities and is practically unresolved. According to the researcher, the escalation of these contradictions can have extremely devastating consequences not only for Ukraine and Poland, but also for the entire region of Central and Eastern Europe. 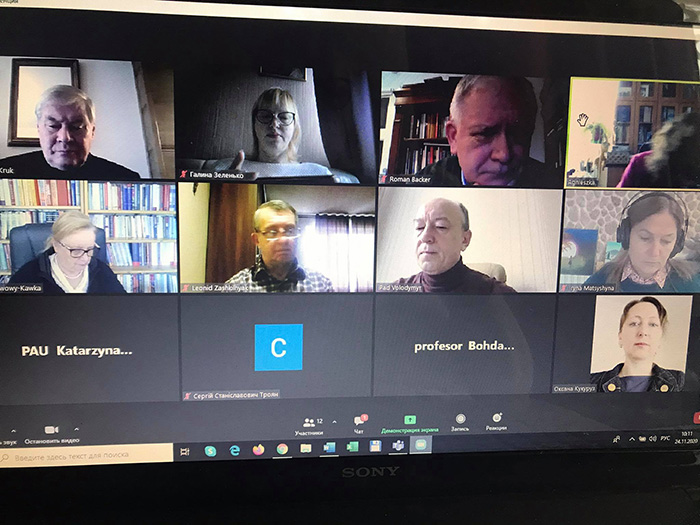