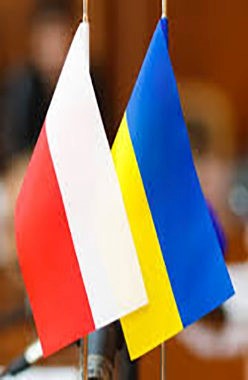 On September 22-23, 2022, the 15th Ukrainian-Polish meeting took place in the city of Yaremche. This is the only regular scientific forum in Ukraine, which has been bringing together Ukrainian and Polish experts, diplomats and scientists for the exchange of thoughts for 15 years in a row.

This year’s topic of communication: “Ukraine and the Republic of Poland in conditions of critical global turbulence: new challenges, threats and opportunities”. The Forum was organized by Vasyl Stefanyk Precarpathian National University, The University of Warsaw School of European Studies, Kuras Institute of Political and Ethnic Studies of the National Academy of Sciences of Ukraine.

Director of the Institute, Corresponding member of the National Academy of Sciences of Ukraine Oleg Rafalskyi, who delivered a speech, noted that for 15 years, Ukrainian-Polish meetings in Yaremche have laid the foundation for close and mutually beneficial scientific cooperation. He also reminded that this year marks the 30th anniversary of the signing of the Treaty between the Republic of Poland and Ukraine on Good Neighborliness, Friendly Relations and Cooperation. So, since the beginning of the 1990s, no one – neither in Warsaw nor in Kyiv – had any doubts that the only right path for Poland and Ukraine is a strategic partnership of both countries. So Poland was the first country in the world to recognize the independence of Ukraine, showing solidarity with the state that was just beginning its path to freedom and democracy. Poland was the first country to extend a helping hand since the beginning of Russia’s full-scale war against Ukraine.

Speaking about the prospects of bilateral Ukrainian-Polish relations, Oleg Rafalskyi noted that they will be determined by Russian military aggression for a long time. Whereas in its foreign policy Russia thinks in the categories of the 20th century, when the country’s power is determined by territory, natural resources and weapons, and not by social capital and technology, which is typically for developed democracies, the purpose of this war is not only the subjugation of those countries that once belonged to the Soviet Union, but the formation of a zone of influence, thanks to which the very power of Russia will be formed as an argument for the non-Western world for the so-called “Turn to the East”, speaking in the terminology of Russian ideologues. Therefore, as unfortunate as it sounds, noted Oleg Rafalskyi, both Ukraine and Poland, in this case, are for Russia a tool to strengthen its own influence in the world, in the illusory system of world order that Russia intends to create. That is, the conscious formation of what Russian ideologues once again call “anti-Russia” is nothing more than an argument for internal use – for the Russian population, with the aim of mobilizing it for a long and protracted war, the purpose of which is the reformation of the entire system of international relations. Therefore, this conflict of civilizations will have long-term consequences, and will also require further consolidation of Ukrainian-Polish efforts to confront Russia and for the post-war recovery of Ukraine.