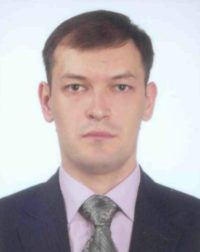 Mykola Gorbatiuk was born on May 22, 1980. In 2005, graduated from the historical faculty of Vinnytsia Mykhailo Kotsiubynskyi State Pedagogical University and in 2008, from doctorates study at Kyiv National Linguistic University. In 2010, defended his dissertation on «Public and Political Activity of Andryi Nikovskyi (1885–1942) » for PhD in History. In 2015, was granted Senior Research Scientist degree.

In 2008–2010, was the Head of the «Ivan Franko and Kyiv» Department at the Museum of Outstanding Figures of Ukrainian Culture. In 2010–2015, was Deputy Director at the Ukrainian Research Institute of Archival Affairs and Records Keeping.

In 2007–2011, lectured a course «History of State and Law of Ukraine» at the Institute of Economics and Law at Kyiv National Linguistic University.

Mykola Gorbatiuk worked at the Department of Social and Political History at Kuras Institute of Political and Ethnic Studies of the National Academy of Sciences of Ukraine as a researcher (since October 2015) and has been working as a senior researcher (since June 2017). During this time, he participated in developing of a number of research topics, such as «Political science in Ukraine. 1991–2016» (2015), «Regional political regimes in Ukraine: the bases of formation, specificity of functioning, peculiarities of transformation» (2016–2018), «Political process in the Autonomous Republic of Crimea: special features, contradictions, miscalculations (1991–2014)» (2016), «Public interest in Ukraine: group dimension, content, ways of coordination» (2016), «Challenges and integration perspectives of Ukraine in the context of Russian aggression in Crimea and Donbas: analysis of assessments by foreign analysts and experts» (2017), «Regional political elite in Ukraine: values, identities, political behaviour» (2019–2021), «The political field of Ukraine in a situation of social crisis: the government, the opposition, political parties, NGOs»(2020).

He is a member of the editorial boards of scientific yearbook «Studies on Archival Affairs and Records Keeping» and archeographical annual «Pam’yatky».