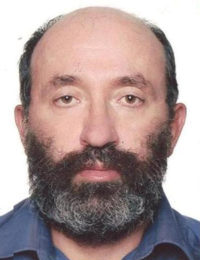 Senior Research Scientist of the Department of Ethnopolitical Studies, Doctor of Historical science.