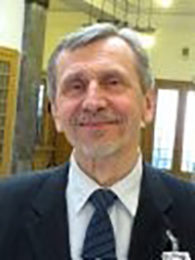 Senior Research Fellow at the Department of Political Culture and Ideology (since 2012, Institute of Political and Ethnic Studies, Academy of Sciences of Ukraine

He penned three monographs and dozens of scholarly articles in Ukrainian and English, as well as several popular books and collections of essays, translated eventually into Polish, French, German, Serbian, and Hungarian.

Mykola Riabchuk is a member of the editorial board of “Vsesvit”, “Krytyka”, “New Eastern Europe” and “Journal of Soviet and Post-Soviet Politics and Society”, the honorary president of PEN Ukraine and the jury head of the Angelus international award (Wroclaw), a member of the Program Council of the International Cultural Center (Cracow) and member of the advisory board on the Ph.D. Scholarships in Humanities at Die Zeit Stiftung (Hamburg).

He was distinguished with the Antonovych Prize (2003) for the outstanding achievements in humanities; POLCUL award (1998) and “Bene merito” medal of the Polish Minister of Foreign Affairs for the significant contribution in Polish-Ukrainian reconciliation; a commemorative medal “200 years of the Warsaw University” (2017) for the achievements in teaching and research, and a medal “For Professional Achievements” (2018) at the Academy of Sciences of Ukraine.