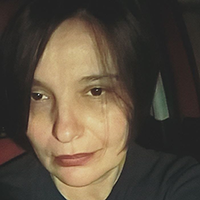 Senior Research Scientist at the Department of Political Institutions and Processes, Candidate of Political Sciences.

She was born on September 15, 1971. She graduated from the Drahomanov National Pedagogical University (1994). She was awarded the degree of Candidate of Political Science in 1998.

In 1994-1997, she studied at the graduate school of the Institute of Political and Ethnonational Studies of the National Academy of Sciences of Ukraine.

She is the author of over 100 publications.