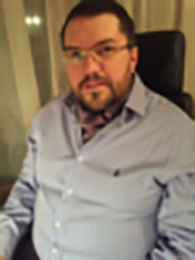 Research Scientist at the Department of Ethnopolitical Studies, Ph.D., Doctor of Letters

He has been working at the Institute of Political and Ethnonational Studies of the National Academy of Sciences of Ukraine since January 2002 as a researcher and senior researcher.

A member of public and professional international organizations, including the European Association of Jewish Studies and the Royal Historical Society.

Author of more than 100 scientific and educational works, including ten monographs.

Research interests: the political history of Ukraine of the XX-XXI centuries; Jews of Ukraine in the period of the new economic policy of 1921–1929; Jewish socio-political thought of the XX – early XXI century in Ukraine; gender aspects of the history of Ukrainian Jewry; historiographical problems of Jewish history and philosophy, etc.