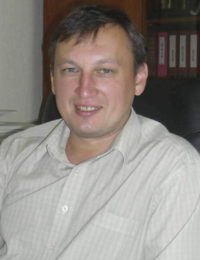 He was born on October 9, 1972 in the village of Krasnosilka, Bershad district, Vinnytsia region.

In 1994 he graduated from the Faculty of History of Vasyl Stefanyk Precarpathian National University (Ivano-Frankivsk) with a degree in “History and methods of educational work.”

In 1995-1998 he studied at the graduate school of the National Pedagogical Dragomanov University.

In 1998 he presented the dissertation on “Educational activities of the Ukrainian Greek Catholic Church in the 20-30s of the twentieth century” in the specialized academic board of Taras Shevchenko National University of Kyiv, majoring in 07.00.01 – History of Ukraine and received the degree of Candidate of Historical Sciences.

Supervisor of the defended candidate’s dissertation on the specialty 23.00.01 – theory and history of political science.

He was awarded with the Order of Merit of the III degree (2019), the award of the National Academy of Sciences of Ukraine “For Professional Achievements” (2016). Winner of the Kyiv Mayor’s Prize (2001).

Author of about 60 scientific papers, including individual monographs and 15 chapters in collective monographs.