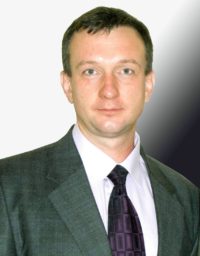 He was born on March 15, 1973, in the village of Dymer of Vyshhorod district of Kyiv region.

Since 2009 he has worked at the Institute of Political and Ethnonational Studies of Kuras of the National Academy of Sciences of Ukraine as a senior research scientist and leading researcher.

Member of the Scientific board of Kuras Institute of Political and Ethnic Studies of the National Academy of Science of Ukraine.

Member of the Specialized Scientific Board D 26.001.20 at the Taras Shevchenko National University of Kyiv.

He has participated in more than 100 domestic and international scientific, and practical conferences. He supervised the preparation of the candidate’s dissertations. He was an official opponent of 37 dissertations submitted for the degree of candidate or doctor of historical sciences.

Author of about 130 scientific publications, including six monographs, as well as a member of the author’s team of monographs “Donbas in the ethnopolitical dimension”, “Galicia in the ethnopolitical dimension”, “Democratization of political institutions and social development in Ukraine”, “Ukraine in World War II: a view from the XXI century” and the National Report “Political Aspects of the Crisis in Donbas: Diagnosis and Directions for Settlement”.