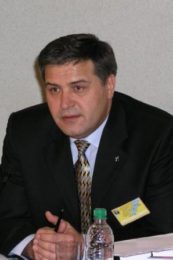 Academician, presidium member of the Ukrainian Academy of Political Science; Academician of the Academy of Sciences of Ukraine.

The chief editor of the scientific journal “Political Management” and “Social Psychology”, deputy chairman of the editorial board of the collection of scientific papers “Modern Ukrainian politics.”