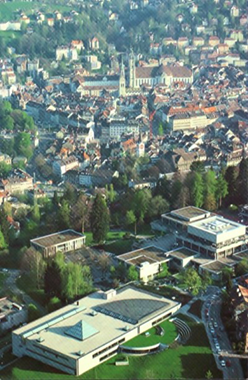 On the 21st of November, Mykola Riabchuk, the Senior Research Fellow of the Ethnopolitics Department, took part in a panel discussion “Two Ukraines Revisited. Regionalism and the Conflict in Donbas” at the University of Sankt-Gallen, Switzerland. While problematizing the highly ambiguous and often misused concept of “Two Ukraines” Dr. Riabchuk emphasized that the concept reflects rather two different projects of state-nation building that draws on two different types of Ukrainian identity, rather than any clear geographical or geopolitical divide. Even though the projects have different outreach and support in different regions, it is always matter of probability but not determinism; correlation but not causation. The interregional differences in Ukraine are soft and blurred. This makes the country relatively stable, despite all the Russian subversive activities, and ushers good prospects for national integration based on the common civic identity.