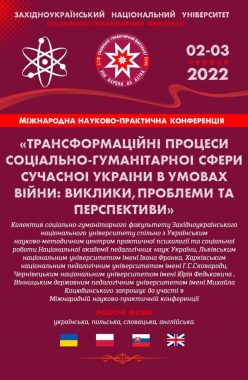 On June 2-3, 2022, the West Ukrainian National University (Ternopil) hosted the International Scientific and Practical Conference “Transformational Processes of the Social and Humanitarian Sphere of Modern Ukraine in the Conditions of War: Challenges, Problems and Prospects”. The international scientific event brought together academic scientists, educators, social and humanitarian sphere practitioners, and university students. Representatives of leading institutions of Ukraine, USA, Turkey, Austria, Poland, Slovakia, and China responded to the proposal of scientific communication. The scale of the event is evidenced by the participation of more than 50 participating universities and partners of the West Ukrainian National University. Coordinated interaction of co-organizers of the conference – Ukrainian Scientific-Methodological Center for Practical Psychology and Social Work of the National Academy of Pedagogical Sciences of Ukraine, Ivan Franko National University of Lviv, Skovoroda Kharkiv National Pedagogical University, partners from the Catholic University of Ruzomberok (Slovakia), Higher School of Management and Administration (Poland), a significant number of participants (about 300, including more than 70 doctors, professors) became an indicator of high professionalism of scientists and the difficulty of forming a single integrated social and humanitarian space of Ukraine during the war (conference program). 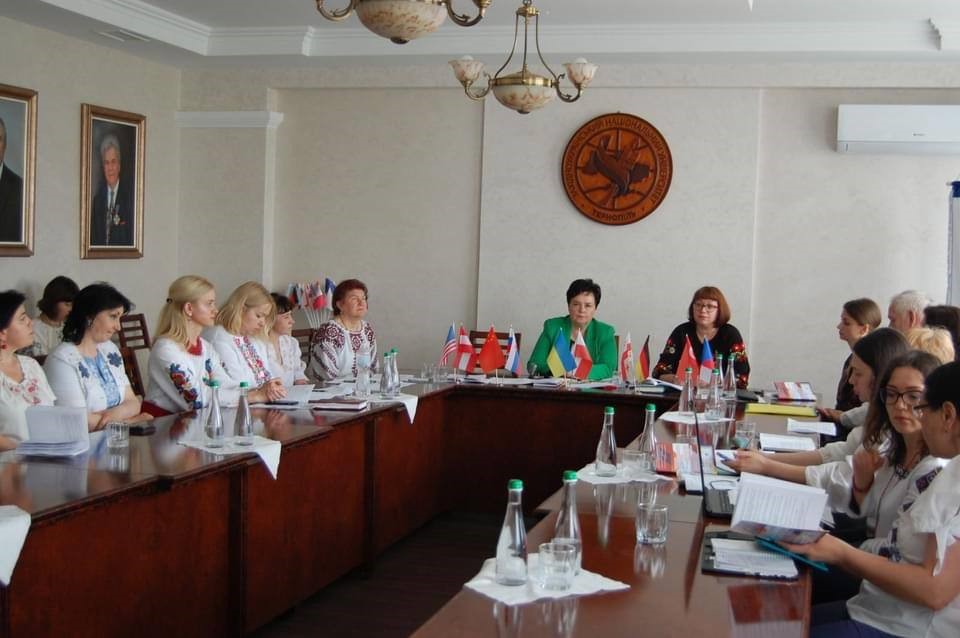 During the International Scientific and Practical Conference

Our Institute was one of the partners participating in this international event. The scientific committee of the conference included Doctor of Historical Sciences, Professor, Chief Research Fellow of the Department of Theory and History of Political Science of our Institute Tetyana Bevz. 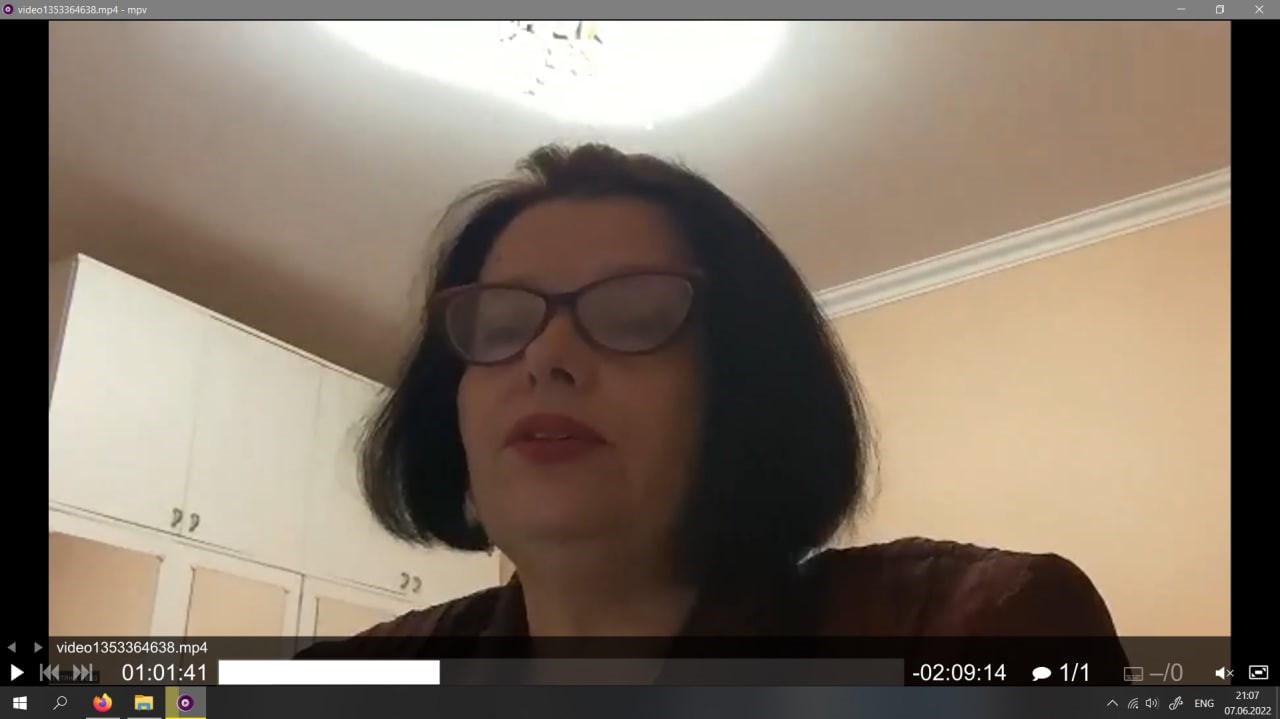 Bevz took part in the work of the plenary part of the conference. The scientist’s report – “The idea of «unity» in the diplomatic discourse of the state during the war” – was devoted to the problems of the development of public diplomacy, the concept of «unity», which during the war became especially important for Ukrainian diplomacy and for defining its main tasks – development of the main directions of content and strategic communications for public diplomacy, the use of modern communication channels in the report of key messages, the consideration and inclusion of strategic communications in the agenda of countries and organizations where relevant measures are implemented. Diplomatic efforts during the war, the speaker stressed, are extremely important. Ukraine has set a precedent for the unprecedented unity of the democratic world around the emotion of genuine admiration for Ukrainian courage and around the understanding that freedom must be fought for and European unity must be strengthened.

Maria Karmazina, Doctor of Political Science, Professor, Chief Research Fellow of the Department of Political Institutes and Processes of our Institute, took part in the conference and presented a report “90 Days of the Full-Scale Russian Invasion of Ukraine: Diplomatic Achievements of the President of Ukraine”.

During the section “Historical and socio-cultural dimensions of Ukrainian scientific discourse in today’s conditions” with the report “Overcoming negativism in the public consciousness as a factor in the development of Ukrainian national identity” spoke PhD, researcher at the Department of Theory and History of Political Science Institute of Kuras Institute of Political and Ethnic Studies of the National Academy of Sciences of Ukraine Oleksandr Chorny.