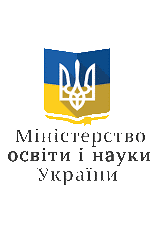 In the face of full-scale Russian aggression, the entire democratic world has united and supported Ukraine. The scientific community of our country also needs the full support and solidarity of the world scientific community. The maximum restriction to use information in the field of science and technology by the Russian Federation, its institutions and citizens will be an appropriate response to the use of tanks and missiles against our country. The Ministry of Education and Science appealed to Clarivate and Elsevier, which own the largest abstract bibliographic databases Web of Science and Scopus, to:

“These measures are completely justified and logical, taking into account that Russian science is used by their authorities for aggressive purposes, for criminal propaganda, and also works to strengthen the military-industrial potential of a state that openly threatens the world with nuclear weapons,” said the Deputy Minister for European Integration Alexey Shkuratov.